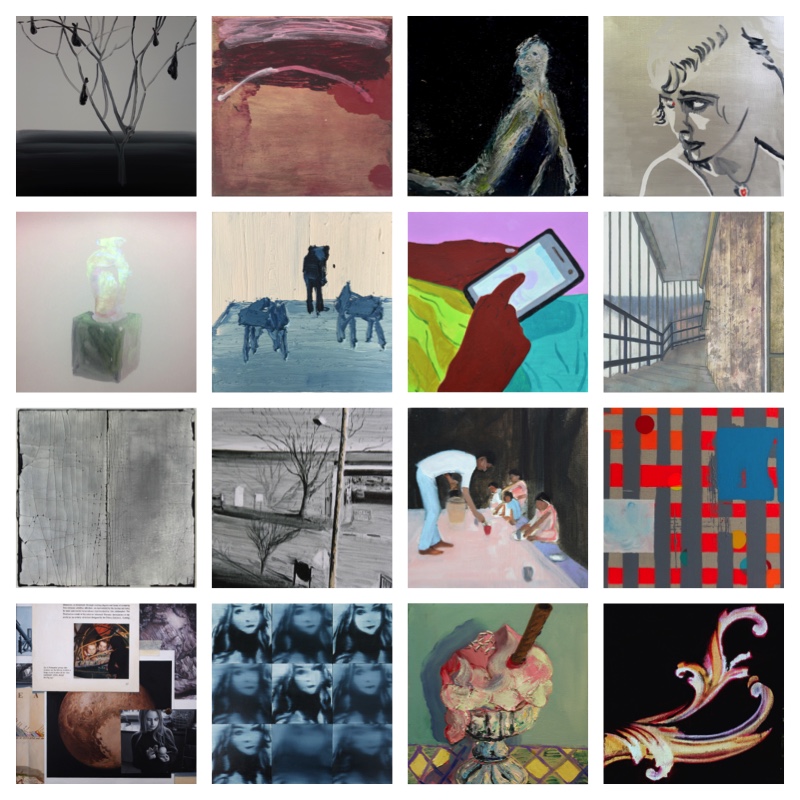 An Exhibition of Works by Members of Contemporary British Painting

Despite, and perhaps because of, the global, mass and social medial world in which it exists, contemporary British painting is and remains something complexly personal, defined as much by its breadth and multiple individualities as by any pervading style or theory. This exhibition, drawn from the work of members of the Contemporary British Painting group, does not seek to define what might well be an undefinable beast. In part an open call salon and in part curated according to the tastes of art writer and editor Anna McNay, it brings together a variety of works to combat the all too pervasive false transmission of painting as reproduction (be it printed or digital) and to put paintings as objects in and of themselves out there to be experienced by the public. The mixture of figurative and abstract (and everything in between), mixed media, mixed scale, textured versus smooth and flat, representational versus whimsically imagined, is a result both of the members’ varied outputs and McNay’s own eclectic taste. Is it a case of anything goes? Almost certainly not, but perhaps only time – and hindsight – will tell. While common themes and methods can of course be noted, those that will persist – and survive – in 30 years’ time might only be guessed at. For now, this is painting as a living example of the real in a time of the unreal.

Contemporary British Painting is an invitation-only, artist-led organisation, which explores and promotes current trends in British painting through group exhibitions, talks, publications and the donation of paintings to art museums.

Anna McNay is an art writer and editor based in London. She is Assistant Editor of Art Quarterly and former Deputy Editor of StateF22 magazine.

A non-profit independent gallery sponsored by Olympus, part of a Cultural Initiative Programme in association with State Magazine. The Project Space provides a platform for fresh ideas in visual arts and embracing artists from all cultures. Three gallery spaces, three floors, across three thousand square feet of a former 19th Century paper manufacturers with a dedicated video-screening suite – the Art Bermondsey Project Space is one of London’s most dynamic contemporary art spaces.