Camera Press at 70 – A Lifetime in Pictures 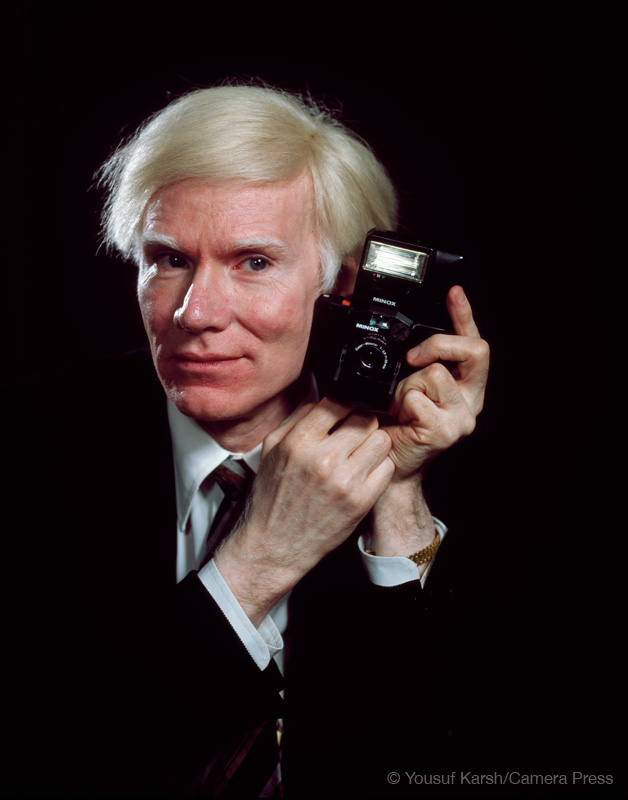 Camera Press at 70 – A Lifetime in Pictures

Internationally renowned photographic agency Camera Press celebrates its 70th anniversary this year with a special exhibition entitled ‘Camera Press at 70 – A Lifetime in Pictures’ which will coincide with Photo London 2017. Drawing on an unparalleled collection of images, and featuring work by some of the most iconic figures in the industry, this exhibition offers a fascinating insight into photography from the 1940s to the present day.

On display will be the work of photographic legends such as Yousuf Karsh, who was the first photographer signed to the agency, Cecil Beaton, Baron and Jane Bown through to contemporary names that include John Swannell, Jason Bell, Jillian Edelstein, Chris Floyd and Laura Pannack.

Camera Press was founded in London in 1947, the same year that the young Princess Elizabeth wed Prince Philip. The very first photographs distributed by the agency were of the wedding of the future Queen and the link to official royal photography has continued to the present day: special portraits of Princess Diana, The Queen’s Jubilee and the christening of Prince George will all feature in the show.

The British Academy of Film and Television Arts (BAFTA) is also celebrating its 70th anniversary this year and Camera Press is proud to represent their exclusive portrait portfolio; a selection of these stunning images will shine a light on leading actors from the worlds of TV and film.

The exhibition will also include photographs by three generations of the Blau Family: founder Tom Blau, his son Jon and granddaughter Emma.

Estrellita Karsh: In 1947 Tom Blau invited Yousuf to be Camera Press’ first contributing photographer; at that time both were on the threshold of ever greater careers: Karsh as the photographer of the great men and women of the 20th Century and Tom Blau as the head of the prestigious photo agency; over the years both grew together in friendship and in achievement. Today, though my husband and Tom are no longer with us, that bond has strengthened, and the warmth and dedication my husband witnessed in the new agency all those years ago continues to flourish thanks to Camera Press’ expert and loyal staff, and Tom Blau’s family. I could not hope for any better custodians of the Karsh legacy and I wish them every success for the future.

Emma Blau: Celebrating our 70th anniversary is a real milestone: Camera Press remains not only family owned but also one of the last independent photographic agencies in existence. We are indebted to the photographers whose work Camera Press has represented over the past seven decades; it is they who are ultimately responsible for our continued success in the photographic industry. Their exceptional images, both past and present, which are showcased in this exhibition have played a significant part in shaping the history of photography. Camera Press is very proud of our role in contributing to the landscape of modern and contemporary photography since being founded by my grandfather Tom Blau in 1947.

The photographs in this exhibition reveal the changing trends in portrait photography as well as the evolution of the role of celebrities and distinguished public figures over the last 70 years.

The more formal studio portraits of the 1940s such as Karsh’s iconic bulldog shot of Winston Churchill are followed by 1950s Hollywood glamour epitomized by stars such as Marilyn Monroe. The swinging Sixties heralds the influence of a more relaxed, intimate, documentry-style of photography, as seen in Jacques Lowe’s seminal photographs of JFK and the work of one of the world’s first paparazzi, Elio Sorci. This is then contrasted with the gritty social-realism of punk and the arrival of Margaret Thatcher in the 1970s.

Whilst the flamboyant 80s saw pop superstars take centre stage with the birth of MTV-culture; the 90s was the decade of cool Britannia, of Brit Pop heroes Oasis and Blur and the rise of supermodels and ‘It Girls’. Noughties images of British icons Amy Winehouse, and Dames Judi Dench and Helen Mirren round off the exhibition in tandem with many of the biggest names in sport, entertainment and fashion.

Contextualizing this impressive collection of portraiture are arresting social documentary images from Camera Press’ archives, as well as a fascinating visual exploration of fashion through the decades.

About Camera Press
Camera Press was founded in London in 1947 by Tom Blau, a Jewish Hungarian photographer and reporter born in Berlin and exiled from Nazi Germany in 1935. It is one of the world’s leading independent picture agencies with a long and distinguished history. The agency represents the work of iconic photographers as well as modern masters. Its archive covers portraiture, past and present, news and entertainment, as well as music and fashion.

About BAFTA
The British Academy of Film and Television Arts is an independent charity that supports, develops and promotes the art forms of the moving image by identifying and rewarding excellence, inspiring practitioners and benefiting the public.
BAFTA has been building a collection of bespoke portraiture and reportage photography since 2007, working with leading international photographers to produce some of the finest images of talent working in the moving image industries and to document their world-renowned Awards ceremonies
In addition to its Awards ceremonies, BAFTA has a year-round programme of learning events and initiatives – featuring workshops, masterclasses, scholarships, lectures and mentoring schemes – in the UK, USA and Asia; it offers unique access to the world’s most inspiring talent and connects with a global audience of all ages and backgrounds. BAFTA relies on income from membership subscriptions, individual donations, trusts, foundations and corporate partnerships to support its ongoing outreach work. To access the best creative minds in film, television and games production.

About Art Bermondsey Project Space
A non-profit independent gallery sponsored by Olympus. The exhibition is part of their Cultural Initiative Programme, in association with State Magazine, providing a platform for fresh ideas in the visual arts and embracing artists from all cultures. Three gallery spaces, three floors, across three thousand square feet of a former 19th Century paper manufacturers with a dedicated video screening suite – Art Bermondsey Project Space is one of London’s most dynamic non- profit art spaces.