Queer Gaze from Poland – A portrait of Love and Desire 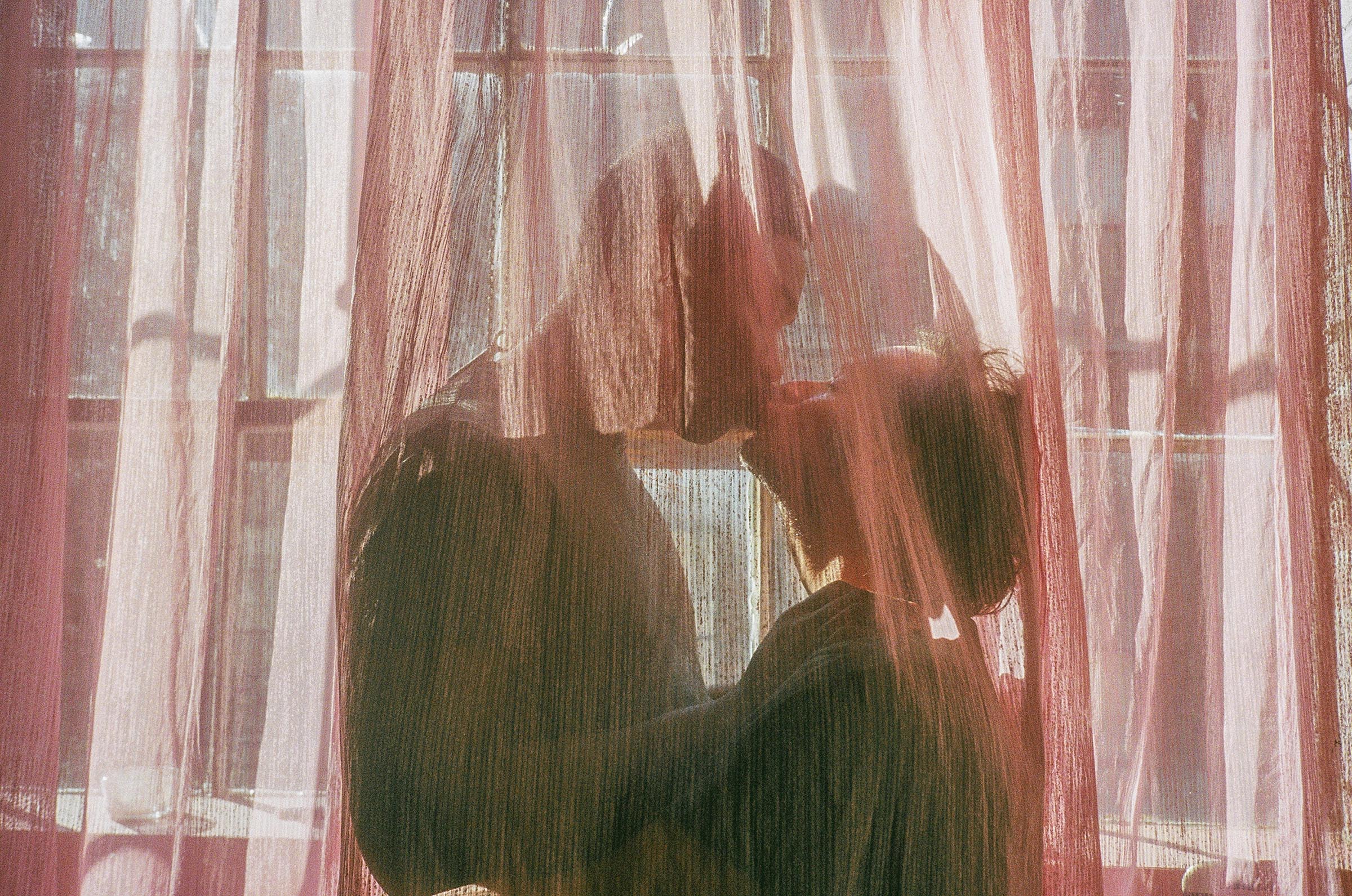 A portrait of Love and Desire

Fresh From Poland and Bermondsey Project Space invite people of all nationalities and identities to ‘Queer Gaze from Poland. A Portrait of Love and Desire’ group photography exhibition.

The show celebrates the practice of ten emerging and mid-career artists: Pamela Bożek, Mateusz Cyrankowski, Mateusz Grzelak, Agata Kalinowska, Krystian Lipiec, Kinga Michalska, Oiko Petersen, Jerzy Piątek, Natalia Podgórska and Łukasz Rusznica. Unveiling material that has never been exhibited in the United Kingdom before, the show gives a rare opportunity to explore the different ways in which artists raised in Poland process and embrace their own sexuality. The exhibition consists of intimate portraits, snapshots, photographic diaries and art books.

Most of the selected photographs focus on portraying friends and lovers in everyday settings in an almost documentary way, aiming to tell real stories about people and relationships rather than simply creating beautiful images. No political comments are made. Some of the works are kept in a deadpan style, while others carry a strong emotional charge. Works are created in different styles and techniques, but what they share is a deep attachment to direct mature storytelling and maintaining a strong intimate relationship with subjects portrayed in a broad range of moods, but mostly as sexually charged creatures.

The works included in this show could not be displayed in Poland without being a political statement. The curators aim to present them the way there are: as beautiful, captivating works by talented photographers who were given the space to express themselves in an inclusive environment without prejudices.

Although homosexuality in Poland is legal and protected by general anti-discrimination law, 70% of the population (according to a CBOS opinion poll from 2014), backed by the Catholic Church and the majority of politicians, consider same-sex relationships as unnatural and immoral. Outside of a few bigger cities it is impossible to be openly queer and have a respectable life. Much oppression comes from society: ‘Things are so bad I don’t know where to start’, says Kinga Michalska. ‘Even in big cities, it is very common to see “No way for gay” graffiti all over the walls. Pride Parades in Poland are always accompanied by violent demonstrations by legal neo-Nazi organizations who chant hateful songs wishing death to queer people. They take pictures of people in the parade and try to find them later and beat them up in a dark corner at night’. The other kind of oppression comes from society as a whole: ‘I was born in a big city and it was easy for me to create a bubble where discrimination could not enter. I think it got worse for me as I grew older and the reality of Polish legislation and prejudice hit me. Growing up you can establish your own rules and if you’re lucky enough they won’t be broken, but when I realized that I was a part of a broken society where my love life was someone else’s biggest concern, that’s when I started feeling disadvantaged and lonely’, explains Natalia Podgórska. There is also the third form of oppression: the one that comes from inside, rooted in religious upbringing. Jerzy Piatek told us: ‘My identity was formed in a very fluid and natural way. From the beginning, I understood my sexual needs and didn’t find them strange. When I was a teenager I started to discover the exciting and mysterious world of my desires. Unfortunately, thanks to the Catholic religion, I realized quite quickly that I’m “different” and at this point, my natural way of maturation was brutally interrupted and an internal conflict appeared – conflict and great suffering, which kids should never go through’. ‘I’ve never given much thought to the role of my sexual orientation in the context of the church because I left it long before I was able to describe myself as gay, but I saw boys and guys who tried to find themselves as Catholics, believers, and sometimes as priests’, adds Mateusz Cyrankowski. ‘As an atheist, I prefer to stand aside and not to comment, because everyone has their own way to go. I only know that I do not want to have anything to do with religion’.

Due to the social, political and religious situation, LGBTQ+ artists do not get enough visibility and recognition in their own country. ‘It feels to me that it’s not a good time to show queer projects in Poland. It is difficult to say whether any art gallery really, without fear of losing financing, vandalism or harassment, would decide to put up anything that aroused controversy, because the area of art has already been absorbed by politics’, explains Mateusz Cyrankowski. ‘Problems with funding, finding a space, being able to get all the model releases. All these are just a part of the rocky road that an artist has to go through’, adds Natalia Podgórska. Some of the artists hide their identity and do not bring up queer-related topics in their practices at all; others keep working for a small, private audience or emigrate in search of a family and creative freedom, like Kinga Michalska, who explained her decision to emigrate in these words: ‘Other than a few dingy gay clubs for men only, there was really no queer community that I knew of in Warsaw. When I finally met some lesbians they wouldn’t accept me because I dated people of different genders so I wasn’t lesbian enough. I left Poland because even as a young adult I could not find many people who I related to. Discovering the queer community in Montreal definitely helped, but I am still working though a lot of oppression I internalized growing up in conservative Poland.’

Image by Krystian Lipiec from the “Between Us” series, 2012

More about the artists and exhibited works

Pamela Bożek’s practice employs multidisciplinary approaches. She focuses on the issues of minorities and women’s rights. For Queer Gaze from Poland, she turned the camera inwards and came up with a self-portrait taken during her pregnancy. While in a same-sex relationship she decided to have a baby with her girlfriend. In Poland it is unimaginable to be a lesbian expecting a child.

Mateusz Cyrankowski is mostly interested in expectations of masculinity in the socio-cultural context. Using an instant camera he portrays guys met on the internet, in gay clubs, and sometimes lovers. His selection for the exhibition, as he said, ‘will include a sequence with only one model who I decided to additionally mark with lines like those of butchers’ schemes’.

Mateusz Grzelak’s work is part of a greater project that portrays Vlad, the artist’s Ukrainian boyfriend. He moved to Poland at the age of 17 to study. He started to be bullied by his family when they found out about his sexual orientation. The artist tries to depict the subject’s struggle with forming a new world around himself, between the conservative family where he finds no acceptance, and his own identity and emotional needs.

Agata Kalinowska for many years has been working in a diary-like way, photographing a close circle of friends and the changing relationships between them and with those around her. Accidental analogue shots of intimate or wild moments are mixed with calm, balanced photographs. Her practice brings to mind the mood of works of Corinne Day and Nan Goldin.

In Krystian Lipiec‘s intimate snapshots can be found all kinds of emotions: desire, closeness, anxiety. As he says, ‘it’s a melancholic story about my relations with the people from the pictures, and about the places that have been marked in my memory’. Spiced up with analogue grain and imperfection, the photographs seem to tell the raw but poetic tale of intense bonds and polyamorous relationships.

Kinga Michalska emigrated to Montreal in search of a chosen family. Now she documents the queer community she became part of, calling her way of working “a love letter” to those close to her. ‘I want my pictures to feel empowering for people who I represent, so I give them agency on how they want to be portrayed’, she explains. ‘I photograph LGBT people because I feel a sense of kinship with them, but also these people often had to work really hard to accept themselves no matter what other people think, so they often hold a very fierce, authentic presence that I love to capture’.

Oiko Petersen is another artist who decided to leave Poland and moved to Berlin where he now lives and works. At the beginning of his career he mostly worked with marginalized groups (the queer community, people with Down syndrome). In recent projects, he focuses on deeply personal stories. He often visually refers to a motif of travel, searching for answers to the questions posed by his own infatuations and heartbreaks.

Jerzy Piątek is fascinated with the theme of nature as a wild and independent power that is forced to coexist with human civilization. In the work shown as a part of Queer Gaze from Poland, he combines the motif of flora with the male body, where a man acts as a symbol of homosexuality, perceived by society as something that is uncontrollable and spreads ‘like a weed’. On the other hand, as the artist explains, ‘a body is an affirmation of life, it fits perfectly with the world of plants; they complement each other’.

Natalia Podgorska emigrated to London. She is fascinated with ‘people who look like sculptures and sculptures that look like flesh’. The work presented at the show is a part of an ongoing series that combines archival works with staged portraits of close friends. She approaches her practice through the use of past experiences, and she recreates them in abstract or surreal forms. As most of the exhibited artists, she doesn’t perceive her practice as queer, but she adds that ‘based on who I am and what my experiences are, most definitely some of my work could be interpreted as queer’.

Łukasz Rusznica is a photographer, educator, and curator who runs his own photo gallery in Wroclaw, Poland. He is working slowly on a long-distance project in a way he calls ‘organic’, mixing an almost scientific approach with poetry and raw analogue aesthetics with beauty. Most of his projects have explored the place of the body and human experiences in the context of chemistry, physics, and biology, seeing people as trapped and governed by a complex system of nature. His latest work, part of which will be exhibited in London, is engaged in the process of aging and personal attraction to older men.

Prints and publications will be available for purchase at the location.