Photographer Maryam Eisler presents images from two series #She and Havana: Beauty and Dereliction over the two floors of the gallery. 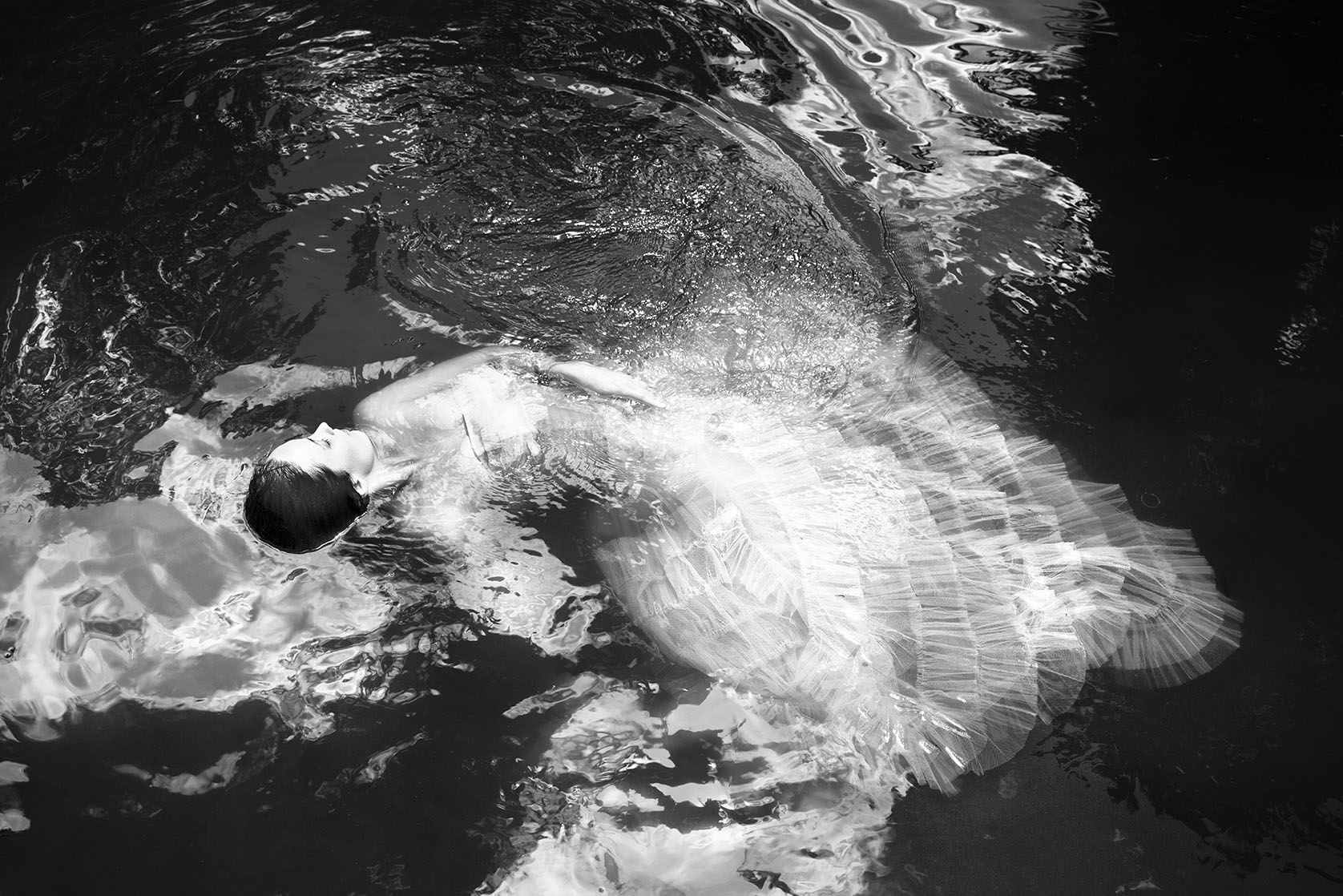 [/one_col][/row]Across cultures, the Sublime Feminine or in the context of this exhibition SHE, has been associated with a spiritual force best ennobled through creative expression — beautiful, soulful, sensual and intellectual; a force which at its crux carries the greatest mystery of all, that of human creation. From a personal perspective, the Sublime Feminine has fascinated Eisler, who has sought out this interest photographically in different places and environmental spaces, a personal journey of sorts during which she has tried to trace and visually revitalize this energy, embodied in the female form, as set against the grandeur of nature.

For her first public series back in 2015, Eisler followed in the footsteps of the great painter Georgia O’Keeffe, experiencing first-hand a small part of her journey among the truly grand barren landscapes of New Mexico. The experience, haunting and vital, set against unimaginably sharp blue skies and rock-strewn valleys in shades of rust made her whisper O’Keeffe’s own words to the wind: “Such a beautiful untouched lonely feeling place, such a new part of what I call the Faraway.” Lost in time, trying to tie purpose to creative endeavor, she began a visual dialectic with the sources of her budding inspiration, whilst grasping to understand the outlines of her own poetic adventure.

Thus was born the search for Eve, Mother Earth’s first muse. “I saw her standing atop rocky inclines, as sensual and powerful as the monumental nature surrounding her.” In 2016, Eisler happened upon the Carrières de Lumières (Quarries of Light), an ‘Underworld’ of sorts, tucked away in the heart of Provence — a place imbued with texture and light, a perfect setting to seek out mythic antecedents, such as the story of Orpheus and Eurydice, a tale re-visited by Jean Cocteau, in that same mythic location, fifty or so years before. It is here that Eisler decided to marry reality to myth, photographically exploring universal themes common to all cultures alike: love and lust, passion, temptation and unconquered passions.

In 2017, the yellow brick road led her to the Catskills, a place of some mystery, beautiful and vibrant, alive with its own spiritual and folkloric rhythm, hewn out of the land. It is in these surroundings that Eisler was transported by childhood memories and magical fairytales of enchanted water sirens and forest nymphs, all mesmerizing creatures, reunited in an unlikely and imaginary melting pot. It is fair to say that Eisler’s oeuvre has been driven by fantasy and it is in such settings of immeasurable natural grandeur as in New Mexico, Provence and the Catskills, that universal dreams have turned into reality. 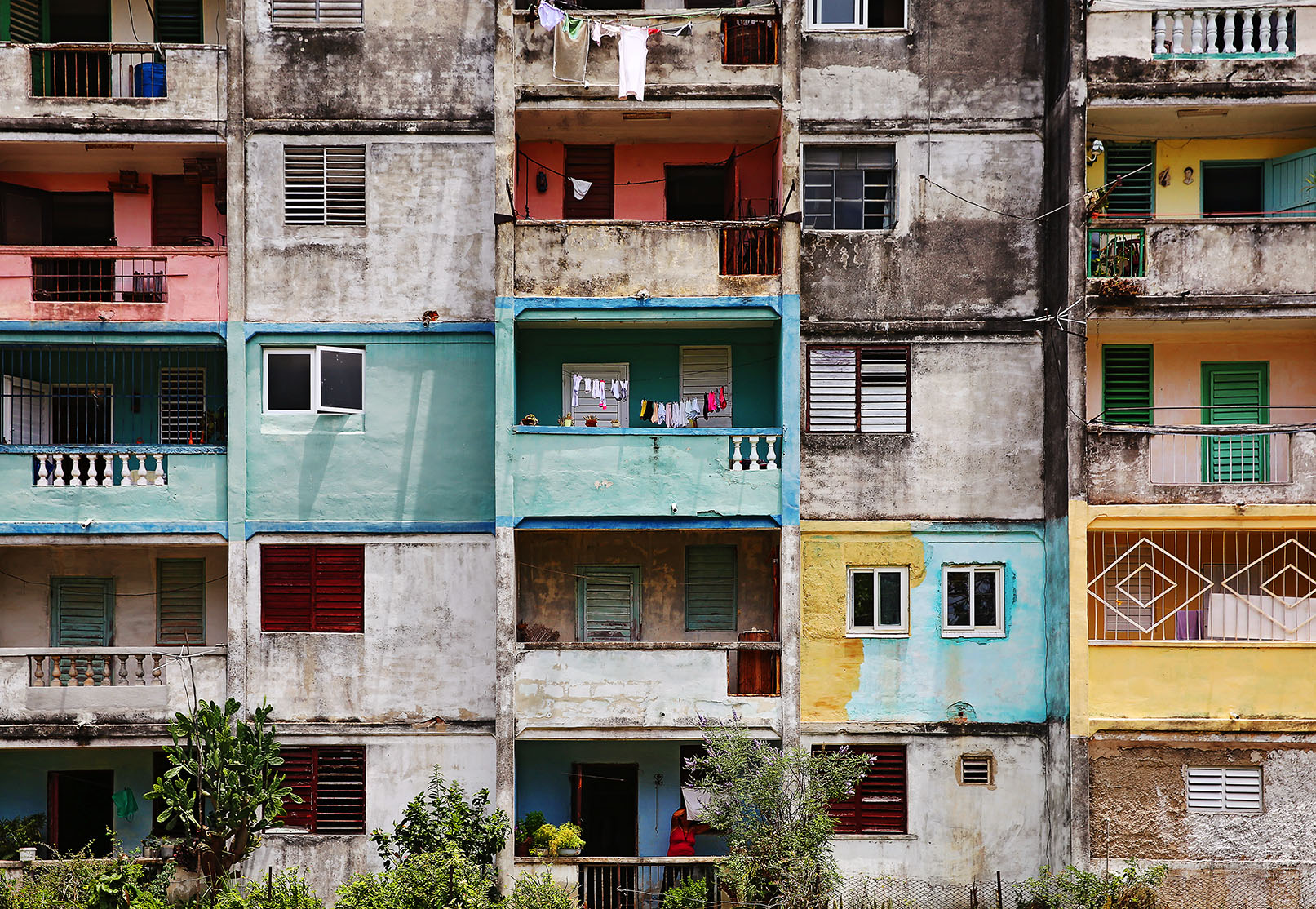 It is sometimes impossible to distinguish between beauty and dereliction when it comes to history, art and architecture.

In Havana, this distinction becomes even more blurred. The former Spanish colonial capital city is a UNESCO world heritage site. Preserved in time, pickled since the Cuban Revolution of 1959. Nevertheless, beauty there is aplenty, as I found on my first visit in May 2017.

It was as if I’d entered a time-warp. The city’s faded facades form some of the most wonderful Spanish colonial style architecture I’ve come across in Latin America. Photogenic people, the Cubans; they have an air of freedom born of necessity. Life’s hard, very hard. So, make the best of it! Seems to be their philosophy.

In photography, this translates into whatever you want to make out of it. Showing the face of bankrupt ideologies, the crumbling socialist visage of resistance. And the eternal spirit of goodwill that comes from shared hardships and kind fellowship amongst humans.

Defiance was the word that struck me early on in my hunt for scenes to shoot. Scenarios to craft, fashioned out of the very little that existed. I could portray an elderly grand dame, say; Mrs Alonso whose salons in her grand mansion were the talk of town in their heyday. Now, an old pensioner barely receiving $10 a month, she is reduced to living in a house with crumbling ceilings, amongst some colourful mementoes imprinted in her memory, a vintage Silvertone record player, and the odd ornaments that time’s ravages have left behind. Her class shows through, despite the not-so gentile poverty and through her choice of the French language to communicate with me. I could perhaps conjure Marcel Proust? But also a bit of magic surrealism: Gabriel Garcia Marquez or Isabelle Allende?

Can decay become diversity, I wonder? Asking the walls to reveal their secrets. If only they could talk. Can I wind the clock backwards and try to imagine the airs and graces of ladies who lunched in the extravagance of what used to be one of Latin America’s richest, and most splendid of cities.Havana was a jewel, and it needed my photographer’s diamond polished lens. Dust off the façade and add a dash of colourful pizzaz. A piece of furniture here. A cracked vase displayed over there. The dress the lady wore on her birthday sixty years ago. Let the old contrast with even older relics gathering dust, whether humans or objects. Havana is a city of pathos more than modern contradictions. The irony is that the city transforms decrepitude, turning it into something inviting. For the visitor, that is. We’re blessed in our daily lives in European plenitude. Let the unfeeling camera spare a thought for lost graces that are still carried through the airs of haunted corridors of the city where two million souls reside.

This city that has become an open-air museum filled with nostalgia. For revolutionaries, there’s Che and Fidel, their faces plastering every prominent public space. Demi-gods who have visited ruin on this rich land. Yet love and adorations still follow in their tracks, their words gospel to hungry ears.

And there’s creativity. Pockets of talent bubbling to the surface where it can, seeking fresh, unpolluted political airs. Let’s hope the bubbles don’t pop in the continuing climate of political decay. And there’s music, everywhere you turn a corner. Radio, guitar, drums, anything that conjures a bit of mood change. Salsa, Mambo, Rumba … but also ballet. Yes, ballet. And very good they are, these kids who cannot afford ballet shoes and yet practice on the streets and the quiet of tucked away spaces in La Habana Vieja.

The city’s contradictions extend into the minds of its people. The younger generation dream of Miami and New York, whilst the old cling on to the faded revolutionary rhetoric of the past. Like older generations everywhere, change is feared.

If you want drama and music, dance and the poetry of motion with young beautiful people walking as if in a ballad of the fifties, go for a walk on the Malecon in the evenings. Watch imaginary Al Capones and Che Guevaras ride past in a 1955 Plymouth Belvedere. A massive Cohiba showing what history can magic-up in the itinerant photographer’s mind!

Maryam Eisler has shown her work at Photo London, Unseen Amsterdam, the Dallas Art Fair and at Harper’s Books in East Hampton. Eisler’s work is held by the Davis Museum, Wellesley College.

Eisler is a board member of the Columbia University Global Centers and is also a member of the Tate International Council and co-chairs Tate’s MENAAC acquisitions committee. As a trustee of the Whitechapel Gallery in London, she sits on the advisory board of Photo London and is a nominator for the Prix Pictet photography prize.

She is a contributing editor to LUX magazine, a Condé Nast publication, and has contributed both photographically and editorially to Harpers Bazaar Art, Vanity Fair ‘on Art’ UK as well as Vogue Arabia. Eisler is represented by Tristan Hoare in London and Harper’s Books in New York.

She has had executive editorial roles on several publications including Sanctuary: Britain’s Artists and their Studios; Art Studio America: Contemporary Artist Spaces and London Burning: Portraits from a Creative City. Her 2017 book Voices: East London (for which she supplied both text and photographs) was co-published by Thames and Hudson and TransGlobe Publishing.